Josh Judge is a TV weather man and a meteorologist for WMUR-TV in New Hampshire. While delivering the weather forecast over the weekend, Judge was unexpectedly interrupted by a big fluffy dog in the middle of his report.This, of course, was not part of the script.
Judge said that “I suddenly see a dog walking behind him. My brain was like, ‘Did a dog just walk behind you?’ I had to pause for a microsecond to make sure that’s what I had just seen!”
Are there any information about this dog? This is Bella’s dog. She is Judge’s colleague. She’d brought her in that morning to be featured in an upcoming report about veterinarians, but Bella decided to grab some screen time early.
Bella thought that Josh would be mad at me but ultimately, the incident actually turned out to be the best part of the news cast.

This is Josh Judge while delivering the weather forecast 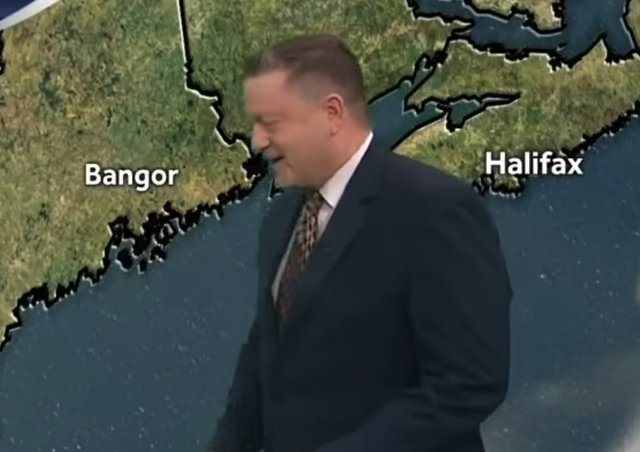 Bella and her big fluffy dog 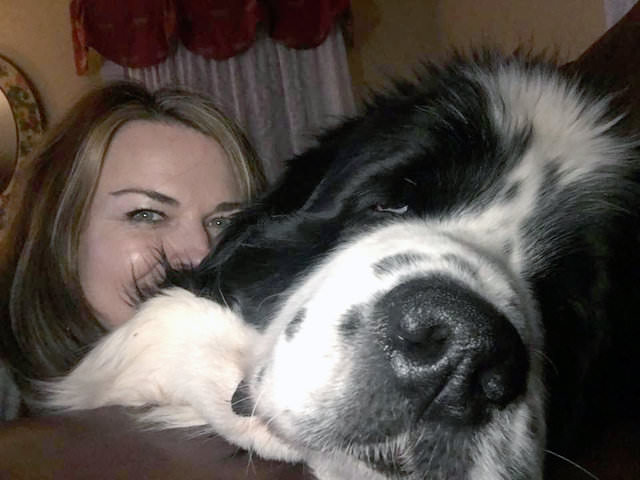